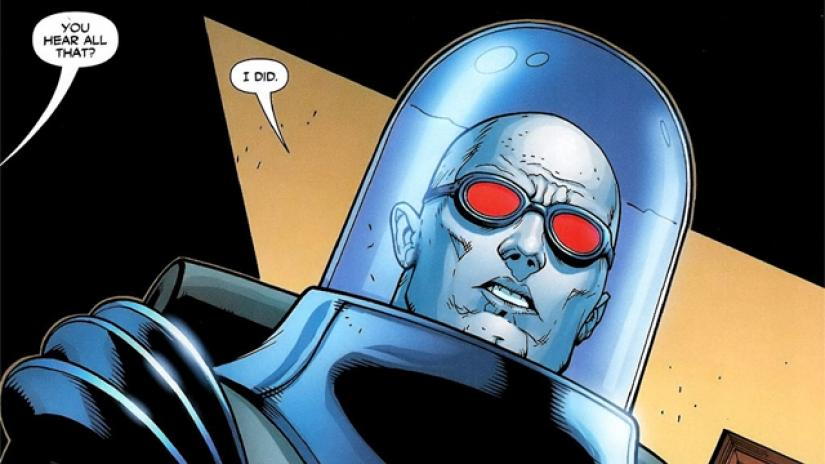 As I prepare for my day mentally, physically and spiritually…I have been a proponent of an ice-cold shower to finish off my morning ritual (Mediate, Read and exercise) to not only wake me up but to excite the nervous system, release hormones (testosterone) and enhance the immune system also. With that routine in mind, there is a new Chill on the block called Cryotherapy center in my area. Whole Body Cryotherapy (WBC) is exposure to subzero temperatures.

I was Froze a few sessions to see what exactly -220° Fahrenheit would do to my system. CryoTherapy centers are affordable, clean and very high-tech with the latest CryoTherapy machines on the market. The procedure requires gloves, socks, nothing metal or damp and just your underwear. As I feel the surge of the hydrogen based chill me down to -220°C for three minutes.  There are several physiological responses that just cannot be duplicated in an ice-cold shower. This massive decrease in skin temperature of 30-45° skin temperature constricts the blood vessels to draw the blood to the core to protect heat transfer. This rapid change in skin temperature causes a parasympathetic to change the blood flow to the extremities. The “Cold Shock” stimulating the nervous system and releasing huge amounts of endorphins that not only get some adrenaline going but reduce pain in the body due to the stimulation of these endorphins (2 times the normal production). When I stepped out of the Cryochamber, vasodilation occurs in a 3 to 1 ratio flushing toxins/lactic acid and increasing rich oxygenated blood to tissues and cells.

Additionally, the central nervous system is stimulated which revives and excites the Flight response.  Cryotherapy has other factors which include reducing pain, Increased range of motion, release toxins and lactic acid. This is due to pulling blood from the extremities and pumping to the center of the body. This Autonomic response helps remove lactic acid for muscles to reduce overall soreness post workout. I have also found that this hyper stimulation can improve the immune system and keep the body flush of general toxin buildup that can be a part of overtraining, high stress levels and poor dietary choices. Post cryotherapy, there was a reaction that lasted several hours on my system that kept me energized for most of the afternoon, reduce some of the high-level cycling interval soreness post workout a.m. workout, reduce a lot of the joint soreness, stiffness and pain that I did have I threw my athletic endeavors, multiple injuries and chronic degenerative arthritis.

I will be making Cryo Chill Therapy a part of my regular routine not only to improve my athletic performance, recovery, reduce joint stiffness, pain and improve my overall health. I have had many names as a young and older adult which include Vitaman, Dr. Squat, Backman but adding to this list is Dr. Freeze for some of the new age or alternative therapies use regular for my health and Athletic performance.